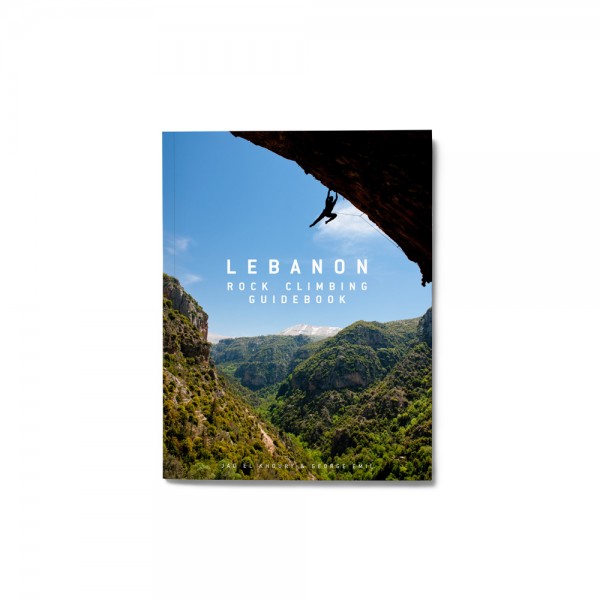 The first climbing guidebook for Lebanon is finally released allowing all its readers to know more about the history of climbing in Lebanon and the different climbing sectors. For climbers visiting the country from abroad it is a guide on how to indulge in a proper Lebanese experience.

Included in the first edition:

• Free application for iOS and Android.

• GPS coordinate for each crag.

• QR code for each parking spot.

• A crag planner to help you better plan your climbing days.

Since 2008, Jad has been climbing, developing, and pursuing his passion to put Lebanon on the world climbing destination map through collaborations with professional climbers from the region and around the world.

He has contributed to the development of several climbing sectors in Lebanon such as Tannourine el Tahta and Beit Chlela, and most recently, he established the sector in Beit Mery with the support of fellow climbers.

His work in the field of humanitarian aid and development has helped him to look at the impact of climbing development from different angles and to address the issues resulting from the interaction of climbing and society such as environmental protection, social inclusion, and sustainable planning and development.

In his free time, he also enjoys writing.

George Emil is a Lebanese rock climber, developer, and co-founder of the Rock Climbing Lebanon Organization. He is also a professional photographer and videographer, and his work has been published in climbing magazines.

George has been climbing and developing since 2008 and bolted plenty of routes in Lebanon.

He has lost count on how many ropes he jumared up to take photos of climbers or to put up bolts on a new route across the country.